I titled this piece "The Watchers."  It is an original mixed-media piece that I created about two years ago using image transfers, acrylics, stamps, and oil pastels.  It began as a failed attempt to transfer a really large photo of a Victorian family.  If it had worked out, the family members would have taken up most of the canvas.  However, when I went to lift the page up after I thought the image had transferred....only a few "souls" came through.  I abandoned the project in frustration and stuck it in a lonely corner of my studio for several months.

Later, I picked it back up and decided that the way in which the "souls" had appeared on the canvas was really quite intriguing.  So, the half-bodied people near the top of the canvas became floating "watchers" in heaven while the full-bodied ones became the living family down below.  A happy accident in the end and a great lesson for any artist:


Don't give up on your work!
Just come back to it again and again until it speaks to you in a new way.

As attached as I have become to this piece, I have decided to put it up for adoption on my Etsy site in the hopes that it will go to a good home filled with good souls.  :) 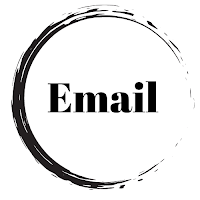