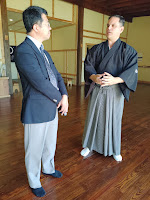 We were so honored to have been (twice!) visited recently by the Consul General of Japan in Miami, Mr. Kenji Hirata, who came to tour our dojo and educational facilities and speak with us about our mission here at Arching Oaks Arts & Culture Center.  He was very supportive and even came back the following week during our Shugyo Matsuri! 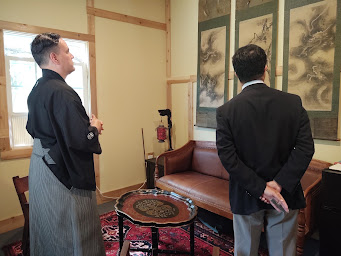 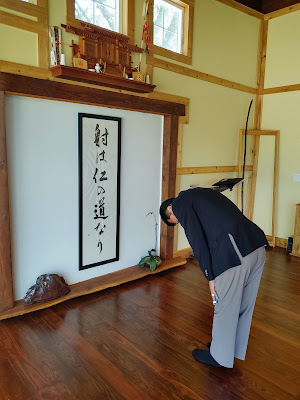 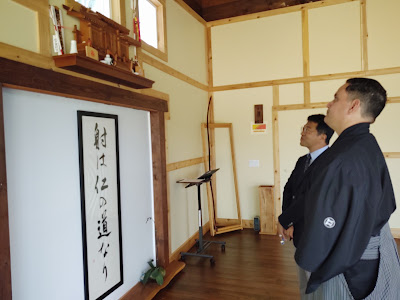 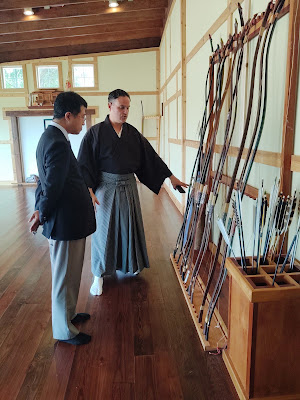 Sabastian Sensei speaking to Mr. Hirata about the classes offered at Kashimon Dojo in the Budo arts of Kyudo, Karatedo, and Iaido. 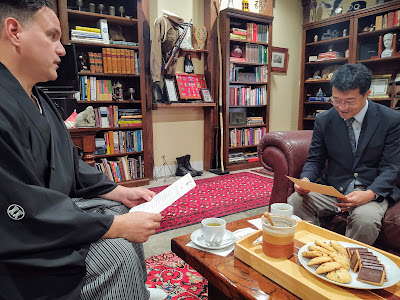 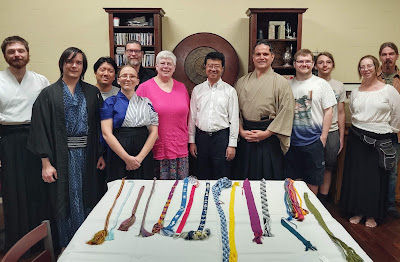 Participants in the Kumihimo braid-weaving class were honored to be joined by the Consul General. 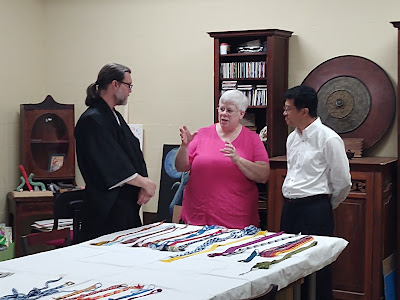 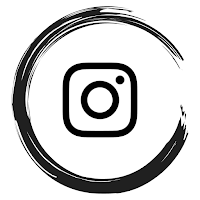 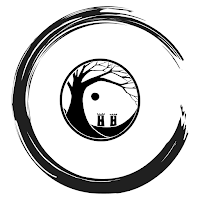 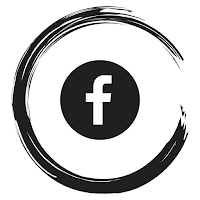 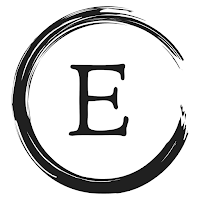 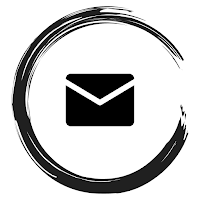